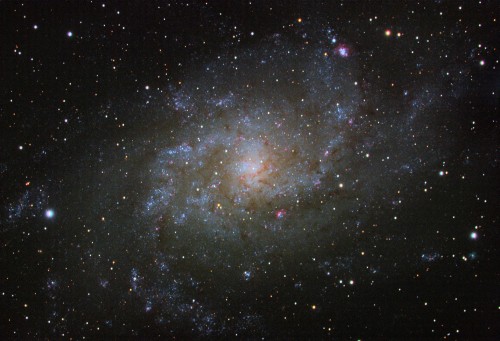 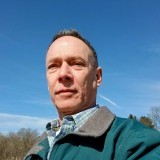 Triangulum is a small constellation in the northern sky. Its name is Latin for "triangle", derived from its three brightest stars, which form a long and narrow triangle. Known to the ancient Babylonians and Greeks, Triangulum was one of the 48 constellations listed by the 2nd century astronomer Ptolemy. The celestial cartographers Johann Bayer and John Flamsteed catalogued the constellation's stars, giving six of them Bayer designations.

The white stars Beta and Gamma Trianguli, of apparent magnitudes 3.00 and 4.00, respectively, form the base of the triangle and the yellow-white Alpha Trianguli, of magnitude 3.41, the apex. Iota Trianguli is a notable double star system, and there are three star systems with known planets located in Triangulum. The constellation contains several galaxies, the brightest and nearest of which is the Triangulum Galaxy or Messier 33—a member of the Local Group. The first quasar ever observed, 3C 48, also lies within the boundaries of Triangulum.

Added to Astrophotography — 3 years ago

END_OF_DOCUMENT_TOKEN_TO_BE_REPLACED

To use all the features of this site you must be logged in.